I have included this brief history because it can be seen all around you in Argostoli if you know what you are looking for. There is Venetian architecture, British roads and bridges, Turkish foods and even the current language holds memory’s from its distant past. Venetian lace is still made on the Island and Byzantine style jewelry is still fashioned by jewelers today.
Each period of history and its corresponding ruler has left their mark on the Ionian Islands and its people. This historic past truly comes to life at the Corgialenios Foundation Library and Historical and Cultural Museum. Most of the exhibited have been donated by the local people and the museum endeavors to preserve, conserve and disseminate the cultural heritage and traditions of Kefalonia. You will see the Ionian society especially during the foreign occupation years of 1204-1864. The luxurious clothes, silver utensils, crystal, porcelain, jewelry and authentic furniture, musical instruments, paintings and wood carving, it all speaks of a very elegant and refined lifestyle. There are also many photos of the island before the earthquake of 1953. I and my sister both experienced this earthquake as children. The museum is well laid out and very informative, for more details click here. Located just minutes after the main square.

This island has been inhabited since the Palaeolithic Age and much evidence of its past can be viewed at the Archeological Museum. The museum houses antiquities ranging from the prehistoric to the Roman periods and beyond. The museum is located just after the main square (plateia).

The Mycenaeans
Unlike the other islands, Kefalonia and Ithaka were inhabited by the Mycenaens, a well-organized civilization who reached a high degree of sophistication. Remains of their fortifications and strongholds can still be seen on the island. With the decline of the Mycenaean around 1100 BC and the constant attacks by the Dorians from the north, Greece entered a dark age which lasted until about the 5th century. After this time, Kefalonia like Athens entered a period of democracy.

The City States
Kefalonia had four city states based on the old Mycenaean fortifications. The closest to Argostoli is the Cyclopean Walls (named because of their sheer size) outside the village of Razata. These ruins were part of the walls that surrounded the ancient city of Kranis. One of four city states that dominated Kefalonia for over 3000 years. You will need a car to get to Razata but the museum contains a remarkable collection of Mycenaean finds.

The Romans
Around 189 BC the Romans arrived to take control of Kefalonia, which they recognize as a strategic location. They turned Kefalonia into a naval base from where they controlled the sea around western Greece. The prosperity that Kefalonia had been enjoying waned during the Roman occupation. By AD337 the Roman Empire was too big to control so the Romans decided to divide it into two parts. Kefalonia was included in the Eastern section, later known as Byzantium.

The Byzantine Period AD 337-1267
During this time the Vandals and Goths were mounting raids against the Roman Empire of which Kefalonia was a part of, they also suffered raids form the North African Saracens. This was an extremely turbulent time for Kefalonia and her fortunate waxed a waned. In 887 Kefalonia become the administrative head for the Ionian Islands for the next 300 years.

The Normans
By the 11 century the Normans were after Kefalonia, they had already taken Corfu and Kefalonia was next. The Normans failed to overcome Kefalonian resistance and within 3 years the Byzantines backed by Venice had taken Corfu back. The Venetians were granted special trading rights in the area. Unfortunately for Kefalonia the Normans and Genoese attacked again. In 1147 the island was reclaimed again by the Byzantine Emperor and the Venetians, but in the spirit of a lasting peace deal, they gave Kefalonia back to the Normans. Admiral Margaritus took control of the island as well as Zakynthos and Ithaka, he set up his headquarters in St George’s castle on Kefalonia (well worth a visit).

The Orsini Family 1194-1357
In 1194 Margaritus was succeeded by Mathios Orsini who abolished the Greek Orthodox church in favour of Catholicism to gain favor with the Pope. The Byzantine Empire crumbled and the Venetians began to gain control of a number of territories along trade routes including the Ionian Islands. The Orsini family were a disaster for the island. Their rule is characterized by murder, intrigue, bribery, corruption, strategically arranged marriages, theft, power grabs and that is just what went on inside the family. Ioannes II Orsini who murdered his brother and stole his sister’s dowry was eventually poisoned by his wife. After years of Orsini rule and very high taxes Kefalonia was left in a very poor economic situation. A small part of this legacy still remains today with a single Catholic church in the main shopping avenue of Argostoli.

The Tocco Dynasty 1357-1479
In 1357 the King of Naples gave Kefalonia, Ithaka and Lefkatha to Leonard I Tocco, unfortunately he died and Carlo I, a greedy and violent man became the ruler until 1429.
Venice was in constant battle with the Turks who were advancing into mainland Greece. Under pressure from the Turks, Carlo gave them the town of Ioannina but of course they wanted more and in 1442 they took control of Zakynthos. In 1448 Leonard lll came to power, the last of the Tocco rulers. He restored the Greek Orthodox Church to its rightful position but he also gave Kefalonia to the Turks. The Turks plundered Kefalonia until the year 1500.

Venetian Rule 1500-1797
Venice wanted Kefalonia back from the Turks so with the backing of Spain they launched an attack to dispel the enemy. On the face of it, it looked like liberation for the inhabitants but in reality they replaced one master with another. Initially there were many beneficial aspects to Venetian rule. Rule was invested in the local noblemen who sought to encourage prosperity for the island, they increased the population through immigration, they encouraged agriculture, and farming, and produced enough products for export. They also organized a merchant fleet for trade. The Venetians introduced music and art and generally raised the level of civilization similar to what the island had enjoyed under the Mycenaean and city states periods.
Trouble still existed for the island, Suleiman the Magnificent declared war on Venice, Barbarossa the pirate and now admiral of the Turkish fleet attacked Kefalonia again as did Ali Pasha in 1571. Thankfully, Ali Pasha never took the capital and Kefalonia stayed with Venice.
By the 17th Century the island was being rocked by sever earthquakes, worse than the island had previously known and continue to this day. By the 18th century the Venetian Empire was heading into decline and the class system of rule introduced by the Venetians was causing problems amongst the now powerful local noble families, which would eventually end in civil war on the Island in 1755.
Evidence of the noble aristocratic system of rule introduced by the Venetians is still in existence today. In Argostoli there is a shop off the main shopping avenue that will trace your family name. If your family was conferred with a title by the Venetians there is a record of it in the “Libro de Oro” of which there is a copy in the public library. Ekosima Eptanison can also reproduce your family Coat of Arms.

Venice was finally defeated by Napoleon in 1797 and this started a whole new chapter for Kefalonia.

French and Russian Masters 1797-1809
The first order of business for the French was to outlaw the now hated aristocratic system of rule. Unfortunately the following year the French fleet lost in the battle of Abukir and was then forced to give the Ionian Islands to the Russians and the Turks, who then promptly restored the Venetian system of administration. The Russo-Turkish admirals declared that the seven Ionian Islands were now one nation, the Septinsular Republic. With a stroke of a pen they obliterated the individuality of the islands. This new Republic was now a Russian protectorate. We had not seen the last of the French, in 1807 the Treaty of Tilsit ceded the island back to France. The occupation was to be short lived as the British were now the new threat in the area.

The British Rule 1809-1864
As part of the war against Napoleon the British mounted a blockade of the Ionian Islands, Zakynthos was taken first and Kefalonia and Ithaka followed. The British installed a provisional government and the Treaty of Paris 1815 declared it a British protectorate. Between 1810-1814 Colonel Charles Philippe de Bosset a Swiss engineer, became provisional governor. He is credited with many public works including the Drapano causeway bridge in Argostoli. This bridge is the largest stone bridge in Europe which spans a sea body of water. The bridge is under maintenance at the moment, many of the original stone slabs had fallen away into the sea and had to be retrieved by divers. The bridge will reopen by summer 2015.

Thomas Maitland became Lord High Commissioner in 1815, he was a power monger and disliked by the local people. Resistance groups began to form though much of their efforts were aim at supporting the Greeks in their revolution against the Turks. By 1848 the resistance movement was gaining strength and turning against their British masters, there were often skirmishes between them. By 1850 the Ionian Islands were looking for union with Greece, the British responded to all resistance with crashing violence but still resistance grew. However as a ‘’gesture of goodwill’’ as the British called it, they ceded the Ionian Islands to Greece in 1864. Where we have remained ever since. 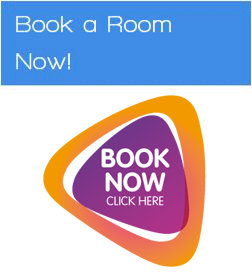